Memo regarding the future development of turreted tanks (1959)

A memo dated 1959-03-23, outlining the guidelines for future development of turreted tanks. The “A-tank” (the conventional turreted alternative to the S-tank, developed in case the hydraulic gun laying system on the S-tank would prove unworkable) is put on hold (and thus effectively cancelled, since the army ended up choosing the S-tank) and possibilities for putting a Centurion mk 10 turret on the Krv chassis is discussed. The latter is proposed as an alternative to purchasing the Centurion mk 10 mainly for economical and trade balance reasons, since it would mean building the tank in Sweden rather than purchasing it from the UK. 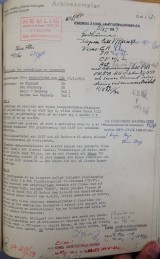 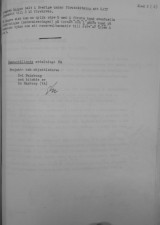