A strv m/40L belonging to 1. armékåren on exercises in Skåne, September 1942. Note the hay drying in the background. 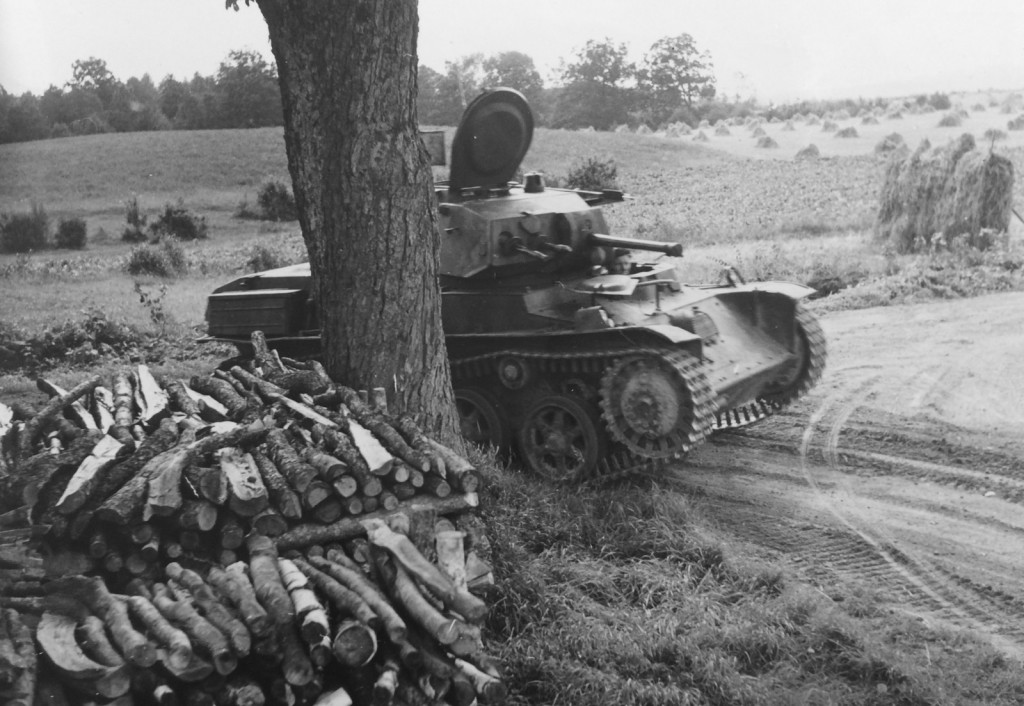 A letter from Landsverk to KAFT (dated 1949-04-09), containing data and drawings of some of the then-modern tanks produced there, as well as proposed data and drawings for a number of planned tanks developed by the company at their own expense.

It may be worth mentioning that most of the tanks have “motyl 25” listed as their fuel. Motyl 25 is a mixture of ethanol (that is to say, alcohol) and regular gasoline in the proportions 25% ethanol and 75% gasoline. During WW2 this was used extensively to help offset the Swedish oil shortages, but in those times both motyl 50 (50% ethanol) and motyl 75 (75% ethanol) were common. Today, we see the same thing in the form of the commercial E85 fuel available at many gas stations.

The reason this is in an archive volume dated 1948 is that apparently the same list was sent over in September that year, but KAFT seems to have misplaced some pages so it was sent over again and apparently the bureaucracy found it appropriate to place both the letter and the complete list together with the original list. Most of the pages are present twice in the archive volume.

END_OF_DOCUMENT_TOKEN_TO_BE_REPLACED

This memo (dated 1944-11-29) suggests guidelines for future AFV development. It starts off with discussing foreign developments, and states that the general opinion seems to be that anti-tank weapons have reached such a degree of efficiency that merely building more heavily armored tanks no longer seems cost-efficient. At the same time, the demand for “support tanks” (self-propelled guns and tank destroyers) is on the rise.

With this in mind, the memo suggests a number of new developments, mostly improvements of existing designs, and suggests that using the new “split” turret with an automatic gun rammer (currently under development at Bofors) might be a good idea.