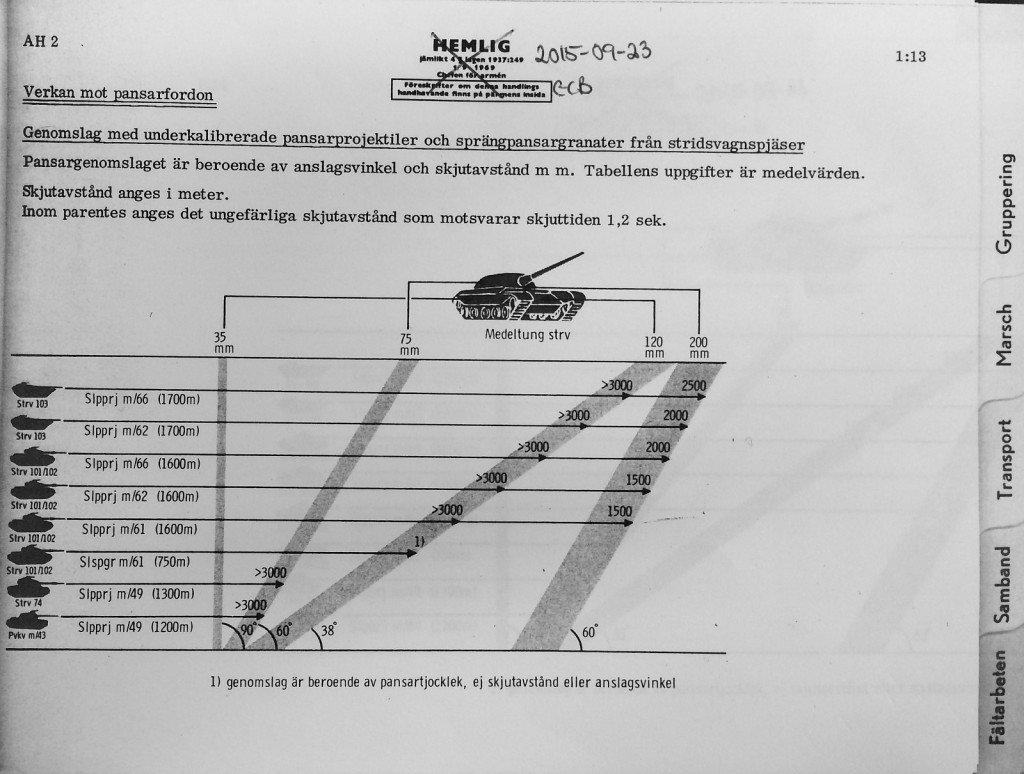 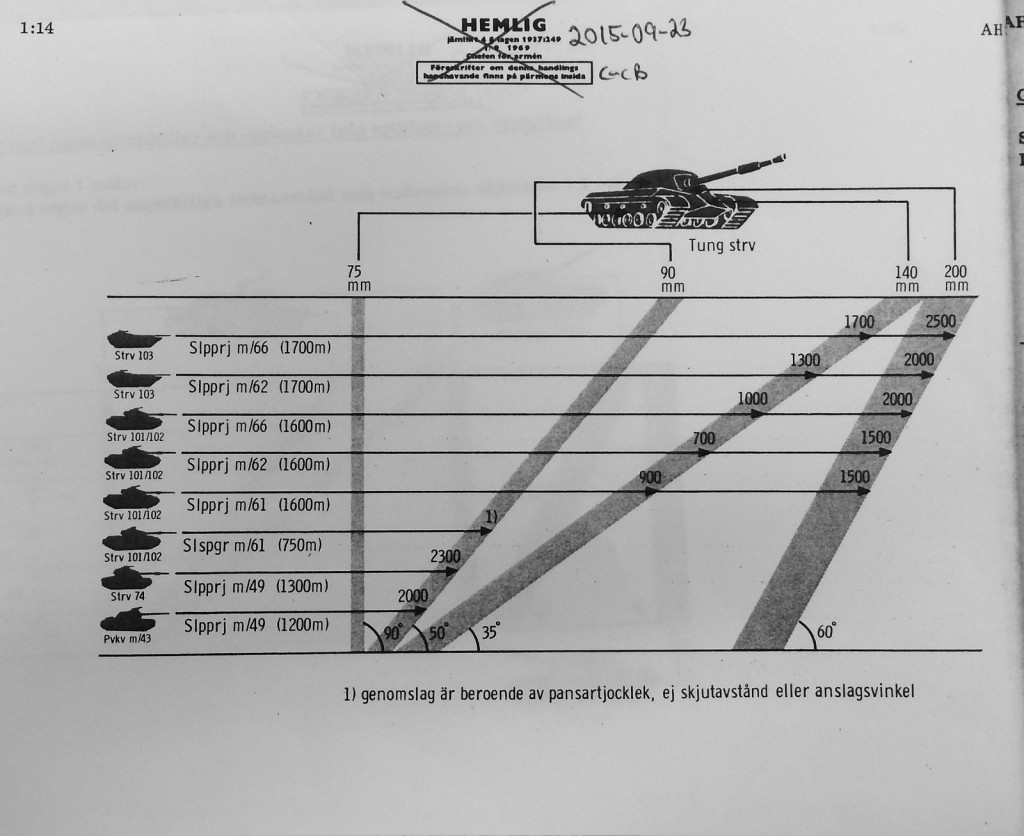 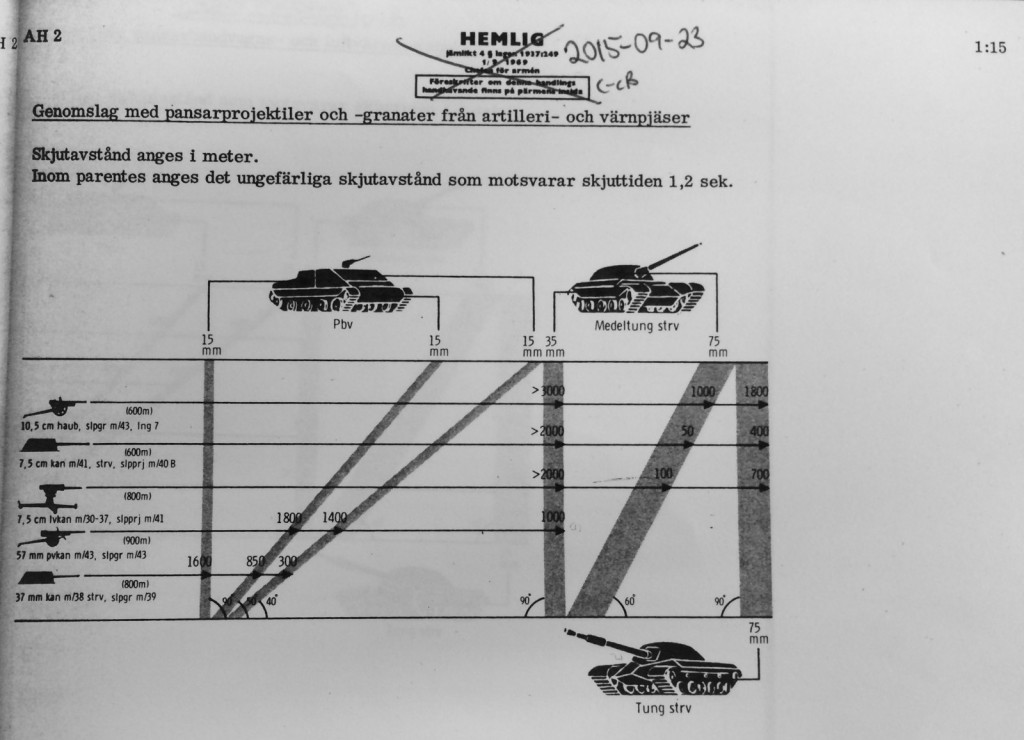 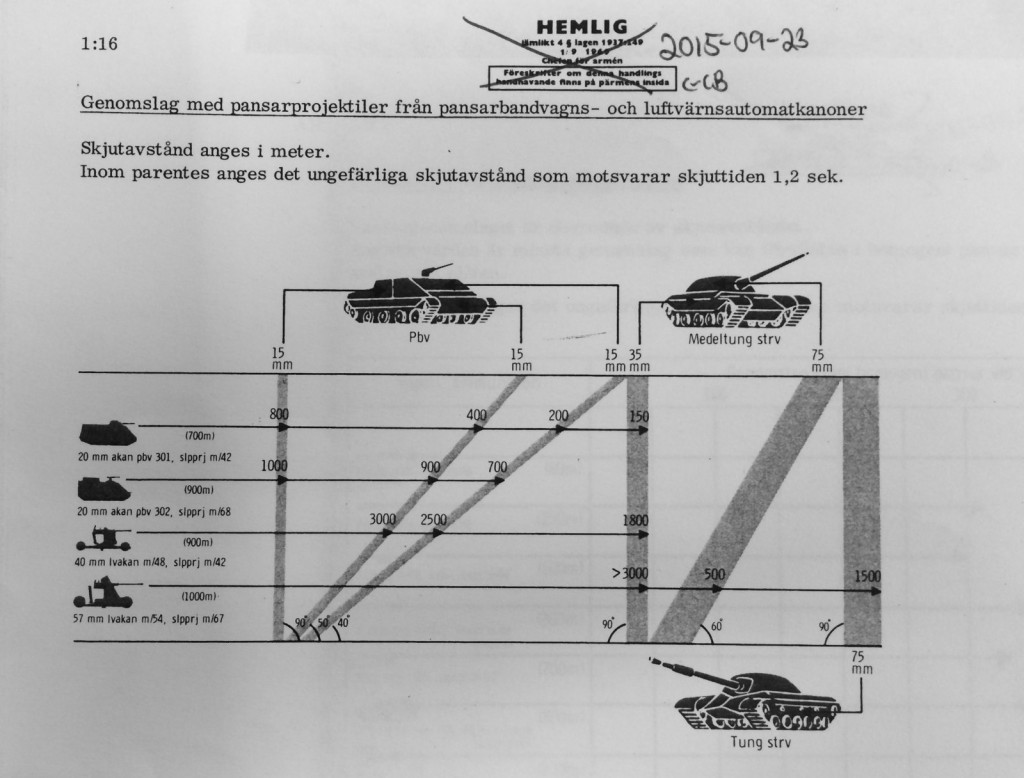 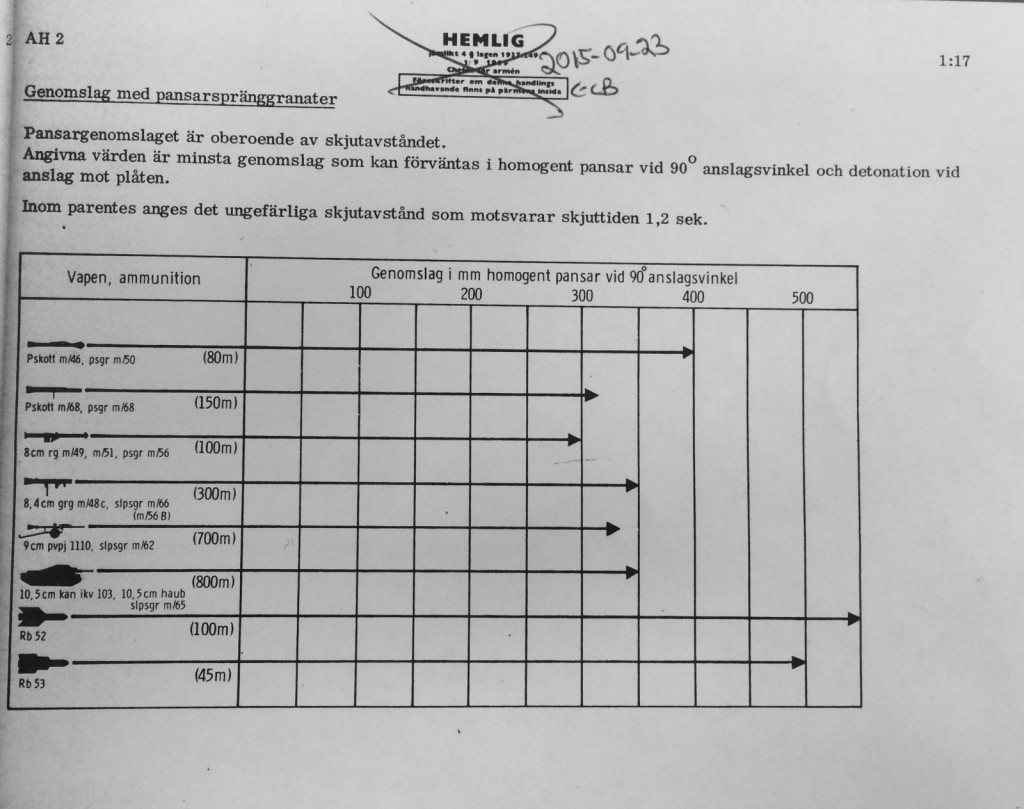 A test report from 1971, documenting test firings with two different HEAT rounds against a stand-off “armor” screen made out of steel chains. The target looked like this: 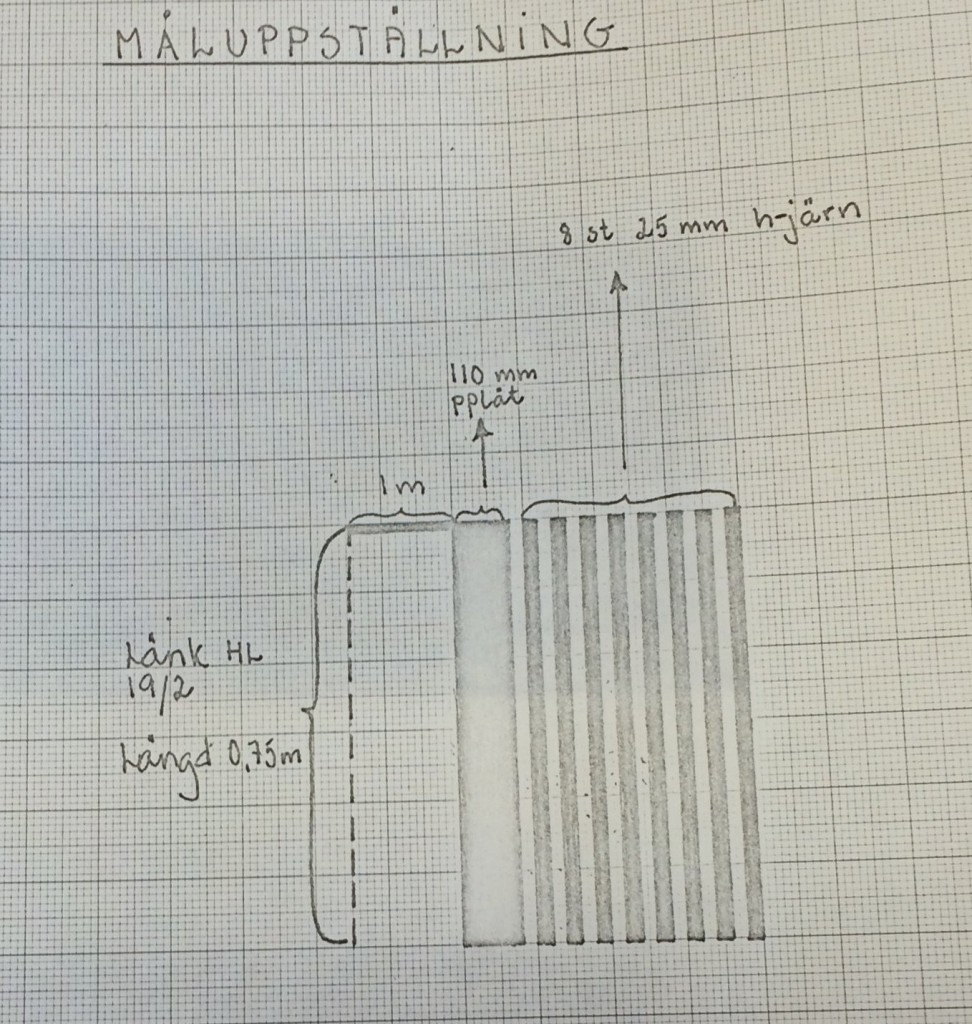 From left to right, chain links, one meter of air, 110 mm armor plate, then eight layers of 25 mm “commercial iron” plates (probably equivalent to mild steel). The chain links were 113 mm long and 62 mm wide with a diameter of 19 mm. The chains were spaced at 100 mm intervals.

A translation of the results follows below; for images see read the PDF version (in Swedish).

END_OF_DOCUMENT_TOKEN_TO_BE_REPLACED

Report on protection from fragments from HE ammunition

This is a rare (on this blog) report in English, from the Aberdeen Proving Grounds in Maryland, USA, titled Protection provided by steel and aluminum armor against fragments from high-explosive ammunition (U). To aid potential Googlers in finding it, I’ll list some identifying numbers.
Report No. DPS-67
OMS Code 5510.11.268
D. A. Project No. 548-03-001

The report seems to have ended up in a Swedish archive via official channels; it appears to have been forwarded via the Swedish military attache in Washington DC. Some appendices are missing, presumably removed by the DoD before the report was handed over to foreign hands.

END_OF_DOCUMENT_TOKEN_TO_BE_REPLACED

This letter (dated 1952-09-27) from Bofors to KAFT describes a proposed construction program for a 105 mm L/67 rifled tank gun, fed by two 7-round autoloader drums and placed in a heavily armored turret intended to be mounted in a 35-ton tank currently being under development at KAFT (project EMIL, of course). The letter mentions that 12 and 15 cm L/40 smoothbore guns are also possible alternatives but no further details are provided. There’s a list of blueprints for these guns but they are (as usual) missing from the archives because apparently the bureaucrats at the time hated historians.

END_OF_DOCUMENT_TOKEN_TO_BE_REPLACED

Minutes of a meeting held at Bofors on May 30th and 31st 1951, regarding current projects. Most interestingly, a “new tank gun” is discussed, with some different alternatives presented.

END_OF_DOCUMENT_TOKEN_TO_BE_REPLACED

This FOA report (dated 1951-01-23) summarizes the current state of anti-tank weaponry in the world, as well as current development trends. It contains some discussion on whether future anti-tank weapons should be based on kinetic projectiles or HEAT, and finds that in either case, the current Swedish anti-tank weapons are completely insufficient to fight current Russian tanks.

END_OF_DOCUMENT_TOKEN_TO_BE_REPLACED

This memo (dated 1946-12-03) discusses a new and interesting ammunition technology, namely projectiles with a core of a brittle but very hard metal, such as tungsten carbide. In order to keep the high speed of the projectile, various technologies (such as conical guns and sub-caliber saboted rounds) are possible. The author recommends contracting Bofors to develop such ammunition for trials with the 75 mm pvkan m/43, and that some in-house trials with the 37 mm pvkan should also be conducted.

END_OF_DOCUMENT_TOKEN_TO_BE_REPLACED

Memo regarding the quality of homogenous armor plates

A memo (dated 1944-03-21) regarding the properties of various types of steel, particularly with regard to the capability of withstanding hits from armor-piercing rounds of various types. Contains a lot of data from test firings with various guns against various armor plate configurations.